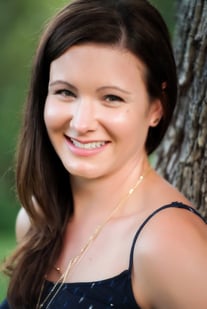 We had a chance to talk with Jackie Phaneuf, MSN-Ed, RN, CNOR, OR Clinical Educator, who has integrated PeriopSim into her training curriculum at her facility in Washington, USA.

Why did you decide to use PeriopSim at your facility?

I first encountered PeriopSim a few years ago after I got wind of the product at the AORN Expo. Since then, I have had such positive results using PeriopSim in my AORN's Periop101 orientation programs! I have seen a marked difference between students that have gone through the program using PeriopSim and those that had not. During my interview process at my new facility, I was steadfast about how important PeriopSim is for new learners, and they were receptive and allowed me to incorporate PeriopSim into AORN's Periop101 at their facility. It was a smooth transition!

How do you use PeriopSim at your facility?

I am an advocate of supporting adult learners to create the learning experiences they need to be successful. I simply set the expectation for my learners to log in at least three times each week. I have found that to be the magic number that allows for knowledge growth and retention.

During clinical rotations through the different surgical specialties, I do ask that they focus on the pertinent modules to help them in that service. I have them complete the modules both during their circulating and scrub weeks, because I have found that it better helps them anticipate the needs of the surgical team. Going through the modules a couple times before scrubbing gives them more reinforcement and it sticks with them and helps them transition better.

What does your staff think about using PeriopSim?

As an educator, I have seen a huge difference in both confidence and competence of those who have used PeriopSim as part of AORN's Periop101. I think having it available for the orientees and setting expectations from the beginning is important. Previously, I had some users who were reluctant to use it and were brushing it off. When I gave them a set expectation of completing three modules per week, it was a whole different story and they were raving about how wonderful it was. I think they had a preconceived idea that it was just busy work like they were used to in nursing school. Once I gave them that push and deadline to log in and do it, they actually had really good feedback and liked using it.

Have you ever heard any feedback from preceptors about your learners after using PeriopSim?

It's kind of my hidden weapon! I love having the learners go through the modules before clinical time, because they arrive to the OR knowledgeable and prepared. I have a lot of preceptors coming to me really impressed with how my interns have performed, not realizing how much work they have put in ahead of time. This is because traditionally orientees come in “blind” and have to learn the instruments on the job. It's really nice to see that improvement and have that feather in my cap.

Do you have a story on how PeriopSim helped a trainee?

I once had a Surgical Technology student that was doing his clinical rotations at my facility. The student was very nervous before going into a craniotomy procedure and he explained to me that he had never seen this procedure before. I pulled him aside and had him run through the craniotomy module twice on PeriopSim. He then scrubbed the case and wowed everyone in the room, to the point where the attending surgeon came to me after the case and insisted that we hire the student. This attending is not easy to impress, so I knew that PeriopSim had worked! I love how PeriopSim can give people the experience they need before they're even standing at the sterile field with the surgeon asking them to hand them an instrument.